May I Help You?

The Department of Pulmonology deals with diseases of the lungs and the bronchial tubes, usually involving the evaluation of the upper respiratory tract (nose, pharynx and throat). Chronic Obstructive Pulmonary Disease (COPD) is today, among the most common diseases that have taken on epidemic proportions worldwide. Due to rising pollution, other lung-related chronic ailments like asthma and allergic rhinitis are also fast becoming major issues.

COPD is an obstructive lung disease where the airways become damaged, causing them to narrow, leading to a limitation of the flow of air to and from the lungs, causing shortness of breath (dyspnoea). COPD is usually caused by noxious particles or gas, most commonly from tobacco smoking, which triggers an abnormal inflammatory response in the lung.

Acute bronchitis occurs when the inner walls that line the main air passageways of our lungs become inflamed. Bronchitis often follows a respiratory infection such as a cold, which if left untreated, can lead to Chronic Bronchitis. Chronic bronchitis is defined in clinical terms as a cough with sputum production on most days for 3 months of a year, for 2 consecutive years. Inflammation causes a thickening of the walls and results in narrowing of the airways. As a consequence of these changes, air flow becomes limited.

An incessant cough accompanied by a wheezing sound is usually indicative of asthma. This is an inflammatory lung disease that is usually brought on by triggers like air pollution, tobacco smoke, factory fumes, cleaning solvents, infections, pollens, certain foods, cold air, exercise, chemicals, and medications. Asthma, apart from the juvenile form that usually cures by itself by 23-24 years of age, is a condition that needs lifelong treatment.

Infections can affect any part of the respiratory system. The most common among these is rhinitis, which is often mistaken for common cold. A perpetually blocked or runny nose may be indicative of rhinitis. It is caused by inflammation in the nasal passage. Pneumonia is a lower respiratory tract infection that is caused by bacteria. If left untreated, it can develop into lung abscess or may spread to the pleural cavity. 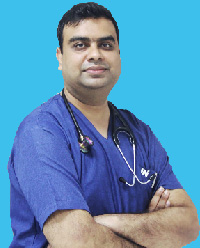